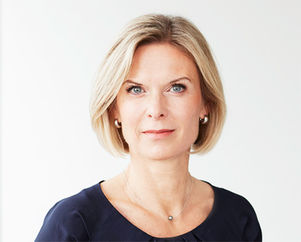 Kathrin Menges is the Executive Vice President Human Resources and Infrastructure Services at Henkel. She has 25 years of international experience in human resource management. After joining Henkel in 1999, Kathrin Menges held several managerial positions in the human resources department before becoming Corporate Senior Vice President Human Resources in 2009. In October 2011, she was appointed to the Management Board. Since 2014 she has been on the board of directors for Adidas AG.

Kathrin Menges was named Chairwoman of the Henkel Sustainability Council in October 2011. In 2013, she was appointed to the German government’s Council for Sustainable Development by the Federal Chancellery.

Kathrin Menges graduated from the College of Education in Potsdam and worked for two years as a teacher before joining the human resources department of the Bankgesellschaft Berlin AG in 1990, where she later became Director of Human Resources.

“I am convinced that sustainability will play an increasingly important role in society, business and science. By the year 2050, the world’s population is expected to grow to 9 billion. The accompanying acceleration in global economic activity will lead to rising consumption and resource depletion. Against the backdrop of these developments we need find ways that enable people to live well while using less resources and causing less emissions. In order to achieve this we will need the support of talented scientists to develop more resource efficient solutions and engage consumers to make smarter, more sustainable choices.”