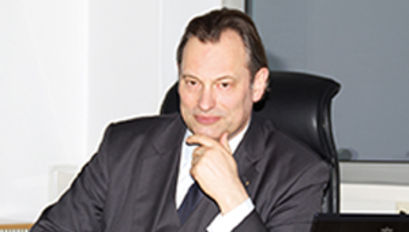 Director of CUTEC Institute, Professor at Technical University Clausthal, and Chair of the German Advisory Council on the Environment

Since the beginning of his professional career, Martin Faulstich, a mechanical and environmental engineer by training, has been active in sustainable development. Recently, he was appointed Professor of Environmental and Energy Technology at Clausthal University and Head of the Clausthal Institute of Environmental Technologies (CUTEC).

Professor Faulstich has held numerous leadership and teaching positions throughout his career, which not only make him more than qualified to judge potential Green Talents but also demonstrates his ongoing dedication to striving for a sustainable society.

From 2000-2012, Faulstich was Professor of Resource and Energy Technology at the Technical University of Munich. During this period, he also led the Straubing Centre of Science, where projects on renewable resources for energy and material production are undertaken. Professor Faulstich's own research efforts are centred on renewable energies and recycling of metals. In 2006, he also became a member of the German Advisory Council on the Environment (SRE), which advises the German Federal Government on scientific matters. He has chaired the council since 2008.