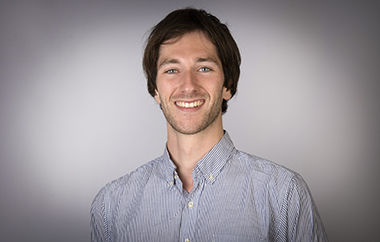 Benjamin Keenan has studied Geochemistry and now uses his expertise in an interdisciplinary research project on the demise of ancient Maya societies. He is trying to test the hypothesis that these societies declined because of a changing climate. He sees the history of the Maya as a relevant narrative for recent discussions about climate change.

Droughts and water shortages are two of the many problems that will increase with climate change. It is believed that ancient Maya societies have declined as a result of drought. Benjamin’s research to verify this theory is based on organic geochemistry by linking past population dynamics with hydrological dynamics in the Maya Lowlands. Benjamin is developing new techniques to measure population and hydrological changes by analysing various organic molecules preserved in lake sediments. Certain molecules derived from the human gut act as proxies for past population change while others are indicators for paleoclimate (isotopic composition of plant waxes and snail shells) and forest fires (polycyclic aromatic hydrocarbons). The methods Benjamin is developing could be applied in lakes anywhere to examine how ancient population development corresponds to changes in climate.

The goals of his project are twofold: firstly to examine the relevance of drought in causing societal decline; and secondly to obtain a more nuanced understanding of the weaknesses in the way ancient Maya societies responded to the changing climate. He sees potential that modern cities like Mexico City and Cape Town may benefit from his findings and get new perspectives on how to deal with droughts and water shortages. Benjamin also intends to use the insights from his research on the decline of ancient societies as convincing narrative for the public in the ongoing discussion about climate change.

The jury recognised Benjamin’s research as an interesting new, transdisciplinary perspective on population development in correspondence with a changing climate.