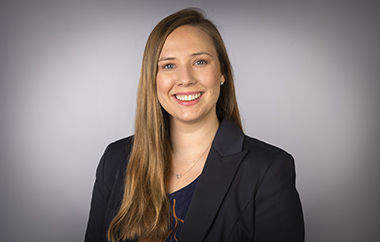 Kathryn has a background in Geographical Information Sciences with a specific application in the context of urban and regional planning. The overarching focus of her research is on decision and planning support as it relates to city and regional development futures, through advanced spatial analysis and modelling. She also has a keen interest in risk and vulnerability research in the climate change and adaptation space.

Master’s Student in Engineering Geomatics at Council for Scientific and Industrial Research (CSIR) and University of Cape Town, South Africa

She hopes her work will provide a sound evidence base for local planning and decision-making that is inclusive and sustainable.

Kathryn Arnold is passionate about applying her knowledge and expertise in geoinformatics to the urban and built environment challenges facing South Africa. Her current research focus is modelling population data at spatial level. Information on the spatial distribution of population development is essential to regional and urban planning. Spatial population distribution is furthermore important for planning processes in order to prepare for possible climate change impacts.

Information on the distribution of population and the driving forces behind its rapid changes are critical to almost all kinds of urban and regional planning processes for future development. Most publicly available estimations of future population development target at a global or national scale, rather than at a localized scale. To provide planning support that is sensitive to challenges in a local context and to incorporate this knowledge into spatial planning processes, accurate population projection data are required at a finer scale.

Kathryn’s research focuses on exploring economic change as a factor in the temporal evolution of the distribution of people in South Africa across different cities, regions or parts of the country. The significance of her research lies in supporting climate risk and vulnerability planning, where spatially explicit population data are crucial for scenario-driven assessments of climate change impacts, but high spatial resolution population projection data are an invaluable resource to all forward-looking planning activities.

Her research is aimed at supporting fine-scale demographic change modelling. Kathryn is involved in developing a settlement growth model to spatially distribute national population projection data so that those can be used to predict long-term population change at settlement level for South Africa. She is using advanced geographic information systems (GIS) as well as spatial statistics to develop a methodology for downscaling population projections to high spatial resolution in support of providing a sound evidence base for local planning and decision-making that is inclusive and sustainable.

Kathryn is keen to profit from the internationally recognized expertise of the Max Planck Institute for Demographic Research (MPIDR) in its efforts to use new data sources to estimate migration flows and population changes, both spatially and temporally.

The jury was impressed by the work of this promising young scientist. Spatially distributed population projection data will help to plan sustainable settlements. Her research is of great importance for her home country as well as worldwide.