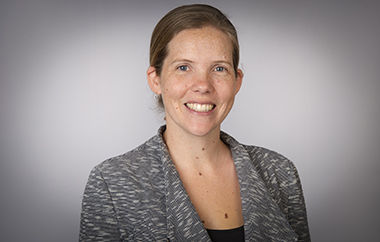 Dr Lizzy Lowe is studying the impact of the use of insecticide on biodiversity in cities, especially insects and spiders. Insects play a crucial role in maintaining functional terrestrial ecosystems, including cities. Maintaining biodiversity is also important as it is vital for mental and physical well-being of people living in cities.

Cities require healthy green spaces to create environments available for both the physical and mental well-being of their residents. However, simply planting trees and grass is not sufficient to ensure that green spaces are healthy and functional. In order to provide healthy ecosystems for both nature and people, green spaces require biodiversity. Insects are an important component of urban biodiversity, but unfortunately drastic declines in insect populations are being recorded around the world. These declines are alarming since invertebrates provide vital ecosystem services, such as pollination, decomposition, and biological control. It is unknown to what extent this will influence cities as habitat for plants, animals, and humans. One of the biggest threats to invertebrates even in urban environments is the use of insecticides. Chemicals are still the primary method used to control pests in cities. The excessive use of insecticides threatens public health through chemical exposure and damage to ecosystem function.

Her multidisciplinary approach spans ecological, social, and agricultural sciences and involves collaborations with eco-toxicologists, urban planners, pest controllers, and local governments. In order to ensure sustainable cities in the future, she is working on designing strategies to decrease insecticide use and maintain invertebrate biodiversity. A vital part of her work is to reach out to city authorities and to residents who use or may use insecticides. She strives to understand why insecticides are being used to be able to develop alternative measures to solve the problem for the city residents. In some cases, strategies from Integrated Pest Management, which was originally developed for agriculture, can be adapted for the use in cities. She is working towards adapting these strategies for use in an urban environment.

The jury was impressed by Lizzy’s fascinating research on the highly charged topics of biodiversity and pesticides. The jury believes that her work will contribute to making cities more sustainable and a better place to live.