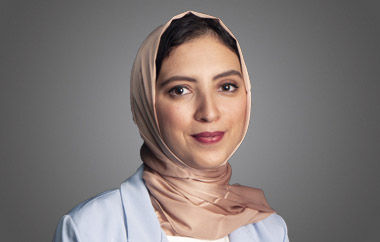 Mounia devoted her PhD research to developing a new paradigm of a small wind turbine. This novel wind system could be deployed in rural areas to provide access to electricity for the disadvantaged, as well as in urban areas to improve the energy efficiency of buildings, and to generate green energy of socio-economic relevance.

The world still remains off-track in its efforts to ensure universal access to affordable, reliable, and modern energy services. About 1.2 billion people worldwide do not have access to electricity in their homes. Most, but not all, live in rural areas. Mounia’s project is driven by a desire to contribute to a more sustainable future by providing renewable energy solutions for remote areas and for areas with underprivileged populations. The project involves the development of a new small-scale wind turbine by evolving a coupled optimisation process based on polynomial curves to generate novel blade designs and computational fluid dynamics to investigate the aerodynamic and flow around the wind turbines. Mounia's research idea is prompted by the critical need for a dependable wind energy converter particularly devoted to small-scale applications. Due to its design simplicity, Savonius wind turbine is the most suitable candidate for such applications. It operates at low wind speed, with insensitivity to wind directions. The wind turbine developed is a Vertical Axis Wind Turbine (VAWT) based on the Savonius wind turbine concept with an improvement in performance of 29 percent over the conventional design.

Mounia’s project aims to provide alternative clean energy generation on a small scale for people suffering from a lack of access to electricity, or ‘energy poverty’. Such wind turbines could be used as a stand-alone system in rural and remote areas facing electricity shortages, but also in urban areas to reduce energy costs. For instance, they can be erected on the roofs of buildings as decentralised energy sources. Another application is wind-powered lights as a solution for street lamps, whereby the wind turbines are mounted on the lampposts. The excess of produced energy is stored in batteries and can supply LED lights, pollution sensors, or a display panel depending on the local needs. The novel wind turbine could also be used as an autonomous energy system supporting sustainable agriculture, such as pumping water or other small-scale applications.

Mounia is also investigating how the interaction between the renewable energy source and the host communities affects local development. The main objective of her project is to promote green energy exploitation by making the use of wind energy easy and widely available. Her research supports UN Sustainable Development Goal 7 (Affordable and Clean Energy).

Mounia captured the jury’s attention with her combination of academic merit and social commitment: She is not only a well-connected, experienced scientist in the field of renewable energy, especially wind energy, but also a socially committed person in the field of education for sustainable development and human rights.

The research of Mounia mainly contributes to the Sustainable Development Goals 7, 10, 11:

Take a look at this video that briefly introduces Mounia and her research: