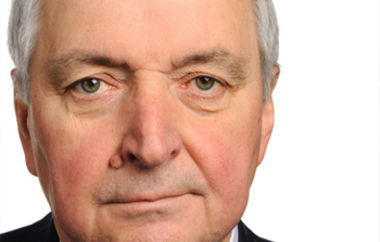 Executive Director of the Institute for Advanced Sustainability Studies (IASS).

Professor Töpfer studied economics in Mainz and Frankfurt, and earned his PhD at the University of Münster. In 1971, he was appointed Head of Planning and Information of the Federal State of Saarland, a post he held until 1978. During that time, he also served as a visiting professor at the Academy of Administrative Sciences in Speyer, and consulted several countries on development policy, among them Egypt, Brazil and Jordan. He spent the following year at the University of Hannover as Professor and Director of the Institute for Spatial Research and Planning.

In 1985, he was appointed Minister of Environment and Health of the State of Rhineland-Palatinate, and in 1987 Federal Minister for the Environment, Nature Conservation and Nuclear Safety. He held this post until 1994, when he took the office of Federal Minister for Regional Planning, Housing and Urban Development. In 1998, he left Germany to become Executive Director of the United Nations Environment Programme (UNEP) in Nairobi and Under-Secretary-General of the United Nations. After two terms in office, he chose to return to academia in 2007 as Professor of Environment and Sustainable Development at Tongji University in Shanghai, as well as Visiting Professor at the University of Koblenz-Landau. In 2009 he was appointed founding director of the Potsdam-based Institute for Advanced Sustainability Studies (IASS) and continues to serve as the institute’s executive director.

Among Professor Töpfer’s many honours is the German Sustainability Award for his lifetime achievement in the field of sustainability. He serves on the advisory boards of the German Foundation for World Population and of the Holcim Foundation for Sustainable Construction. He has been a member of the German Council for Sustainable Development (RNE) since 2001 and is currently co-chairman of the Federal Government’s Ethics Commission on a Safe Energy Supply.

"This world will bear more than 9 million human beings by mid century. Intensive scientific research is needed in order to ensure a future worth living for these people on a peaceful planet. The Green Talents award offers the great opportunity of presenting the scientific results of young researches coping with this challenge."