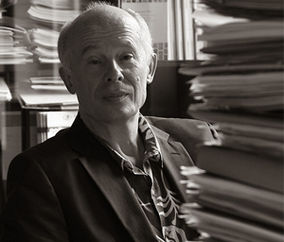 Director of the Potsdam Institute for Climate Impact Research (PIK)

Professor Schellnhuber founded the Potsdam Institute for Climate Impact Research (PIK) in 1991. Since 1993, he has been the Director of the Institute and is Professor of Theoretical Physics at the University of Potsdam.

He is the Chairman of the German Advisory Council on Global Change (WBGU) and a Member of the High-Level Group on “Energy and Climate Change” advising José Manuel Barroso, the President of the European Commission. Professor Schellnhuber is also a longstanding member of the International Panel on Climate Change (IPCC) and an elected member of the Max Planck Society, the German Academy of Sciences (Leopoldina), the US National Academy of Sciences, the Leibniz Society, the Geological Society of London, and the International Research Society Sigma Xi.

He sits on the editorial boards of the scientific journals “Proceedings of the National Academy of Sciences” (PNAS), “Climatic Change”, “Climate Policy”, “Gaia”, “Integrated Assessment”, “Systems Analysis, Modelling, Simulation” and “Europe’s World”. During Germany’s G8 Presidency and European Council Presidency in 2007, he was the chief government advisor on climate change and international climate policy. Professor Schellnhuber is also a member of the Industry-Science Research Alliance. In 2004, Queen Elizabeth II awarded him the title CBE (Commander of the Most Excellent Order of the British Empire). He also received the German Environment Award of the German Federal Foundation for the Environment in 2007 and the Order of Merit of the State of Brandenburg in 2008.

“The innovative spirit of young scientists is a basic prerequisite for the Third Industrial Revolution, which we are about to face. If we want to meet this challenge successfully, we need all the fresh ideas we can get.”