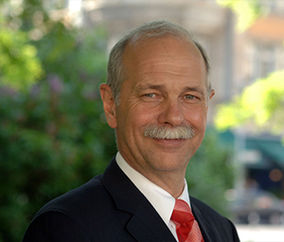 President of the Helmholtz Association

Mlynek studied physics at the Technical University of Hannover and the École Polytechnique in Paris, completing his studies with a doctorate and subsequently a Habilitation (post-doctoral qualification). After working at the IBM Research Laboratory in the US, Mlynek took on an Assistant Professor position at the Swiss Federal Institute of Technology (ETH) in Zurich. In 1990, he became Professor of Experimental Physics at the University of Constance.

In 1996, Jürgen Mlynek decided to enter the field of research management as Vice-President of the German Research Association. He became President of the Humboldt University in Berlin in 2000 and turned it into one of Germany’s leading universities. Since 2005, Professor Mlynek has been President of the Helmholtz Association of National Research Centres, Germany’s biggest science organization. His unanimous re-election for a second term was announced in May 2009. Professor Mlynek is also a member of the Industry-Science Research Alliance.

Professor Mlynek has received a number of scientific awards, including the Physics Award of the German Physical Society and the Gottfried Wilhelm Leibniz Award of the German Research Association. He was awarded the Order of Merit of the Land of Berlin in 2008.

„Germany is among the world's leaders in environmental research and technologies. But we need to motivate the brightest heads and the best talents everywhere to solve the big challenges our planet is facing. The "Green Talents competition" has encouraged young scientists from all over the world to present their projects to a large audience in Germany, thus knitting the network of potential collaboration closer.“