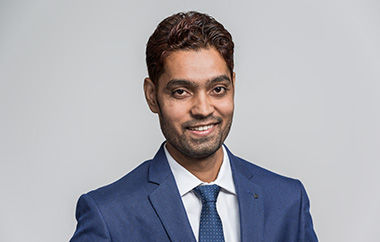 To meet the food demands of a rapidly growing human population, without any negative effects on the ecosystem, Rama Kant Dubey is validating sustainable agro-biotechnological approaches for improving the soil, and the nutritional quality of agricultural produce.

Enhancing food production for a rapidly growing human population is one of the major challenges of the 21st century and is also a Development Goal set by the UN for 2030. Research into sustainable agriculture takes into account the risks that intensive agricultural practices pose to the environment. Effects such as reduced soil quality and enhanced trace gas emissions are consequences of monocultures and an indiscriminate use of agrochemicals. With his research on agro-biotechnological practices, Rama Kant aims to make agricultural land use more sustainable.

Rama Kant is focusing on the reasons for the loss of micro and macro nutrients in agricultural soil, and how plant-microbe interactions can be harnessed to improve the same. He is investigating how climate-smart and resource conservation agro-biotechnological (CSRCA) practices can be improved. In order to ascertain the impact of climate change on microbial functional diversity, he is comparing various agro-biotechnological interventions, such as the use of biochar, humicil, vermicompost, cow dung manure, leaf litter and microbial inoculums, with practices like mulching, reduced tillage and crop diversification. For the last four years, he has been conducting extensive field experiments in different regions of Uttar Pradesh, India’s most populated state.

Rama Kant is currently a PhD fellow at the Institute of Environment & Sustainable Development at Banaras Hindu University in Varanasi. In 2016 Rama Kant was invited to present his research to a fully-financed conclave of Young Scientists in the Central and South Asian Region on Frontiers in Earth and Climate Science by The World Academy of Sciences.

The jury was impressed by Rama Kant‘s research due to the very clear aims, which will be invaluable not only for India’s ecology, but also for the rest of the world. The Science Forum will give him the opportunity to discuss his findings with leading scientists working in the interdisciplinary area of soil microbial ecology, agricultural microbiology and climate-smart agriculture. 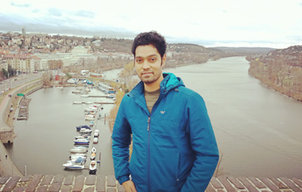 Rama Kant Dubey is a PhD student in Environmental Science and Technology at Banaras Hindu University in India. He received the Green Talents award in 2017 and conducted his three-month research stay under the supervision of Prof Michael Schloter at Helmholtz Zentrum München, German Research Center for Environmental Health, Neuherberg. more: My Research Stay: Report by Rama Kant Dubey.