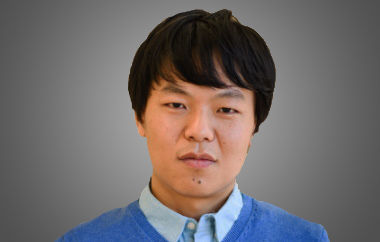 Chuan is developing energy system optimisation models for net-zero emissions energy systems that help to identify required physical, institutional, and human-resource efforts through the transparent and granular costing and analysis of sectoral transitions. He works on such models for the transition of the United States’ energy system until 2050.

PhD in Energy and Environment

Chuan seeks to understand the required physical, economic, and institutional efforts to reach net-zero emission by 2050. He works on a model for the transition of the United States of America. Currently, he is working on an energy system model with high temporal and spatial granularity that simultaneously minimizes costs for electricity generation, electricity transmission, and fuel conversion technologies. He simulates multiple technology pathways that can meet the sector-by-sector energy service demand to 2050, taking into consideration economy-wide carbon emission constraints and renewable portfolio standards.

Chuan’s work covers key pillars for the decarbonisation of the United States’ national energy system – such as energy efficiency, end-use electrification, low-carbon power generation, zero-carbon fuel, carbon capture and storage, and enhanced land sink. The quantitative model results show that a 2050 net-zero emission energy system is only possible if technology and infrastructure are deployed at historically unprecedented rates across most sectors.

On the other hand, the model indicates that, in the case of the US national energy system, the difference in total energy system costs between the business-as-usual scenario and the net-zero emission scenario is around the scale of 4 trillion USD or only 1% of estimated annual GDP in 2050. Given the 18% of US GDP spent on healthcare in 2019 (before COVID-19), the cost of the net-zero pathway becomes reasonably acceptable. Such cost gaps become even more insignificant when considering the co-benefits of air quality and the health effects of a net-zero energy transition.

Take a look at this video that briefly introduces Chuan and his research: