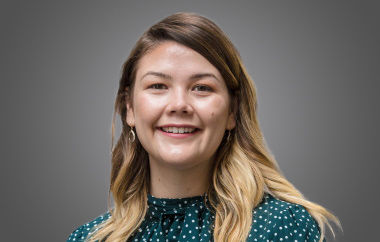 Novel sources of anti-parasitic drugs are vital to combat tropical diseases, e.g., infections with parasitic worms, and to circumventing existing drug resistance. In her research, Samantha examines venoms as a source for developing innovative drugs against the major human and veterinary parasites: schistosomiasis, lymphatic filariasis, hookworms, sheep parasites and malaria.

Current position: Postdoctoral Researcher at the Institute for Molecular Bioscience, The University of Queensland, Australia

Parasitic worms remain one of the greatest threats to human and veterinary medicine worldwide, hindering several Sustainable Development Goals (SDG 1–5): They cause serious economic burden and medical disability. Furthermore, they are hindering nutrient uptake in humans and livestock production, and they are causing serious illness in hundreds of millions, disproportionately affecting girls and women. A clear prerogative was set in the Sustainable Development Agenda with goal 3.3 being the elimination of neglected tropical diseases.

However, despite global interventions, over 1.5 billion people remain infected with parasitic worms. So far there is a lack of effective drugs, and worryingly there are reports of drug resistance and treatment failures. While the main focus has been on human elimination, veterinary parasites are also a serious threat to sustainable global development. Multidrug resistance is now widespread in livestock production. New drugs must be developed to combat the threat of parasitic worms. Samantha’s research takes the novel approach of using venoms as a source of natural products for anti-parasitic drug discovery.

Venoms have evolved over millions of years to become cocktails of bioactive molecules which are fast-acting, potent, and fine-tuned to specific biological targets. Several drugs have been developed from venoms, including for hypertension, but their potential as anti-parasitic drugs has been underexplored.

Samantha has used the world’s largest venom collection at the University of Queensland to conduct the first large-scale venom study against Australian sheep parasites. She identified several active compounds, including a toxin from a Queensland funnel-web spider which killed the worms, but was safe in mice. This prompted her to expand her work to the major human and veterinary parasites: schistosomiasis, lymphatic filariasis, hookworms, and malaria.

Samantha established an international collaboration across Australia, Switzerland, France, and the United States screening the venom collection against parasites – identifying hits against every parasite tested. One of the “best hits” is a molecule from a tarantula which paralyses worms that cause lymphatic filariasis with no side-effects in mice.

In her work, Samantha combines her interdisciplinary expertise: in wildlife biology and ecology to gather venomous animals and collect their venoms; in chemistry to isolate bioactive compounds; in parasitology to study their effects on parasites; and finally in drug development to take these compounds through preclinical development and target validation studies.

Samantha’s wide experience, her international and social engagement, and the interdisciplinary approach were highly appreciated by the jury.

Take a look at this video that briefly introduces Samantha and her research: