Muhammad is OD Young Person of the Month for April 2021 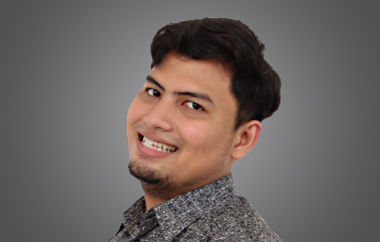 PhD in Mathematics and Applied Sciences

Muhammad’s research projects are strongly related to the UN Sustainable Development Goals 3 (Good Health and Well-Being) and 6 (Clean Water and Sanitation). His research covers heavy metal pollution and contamination. This is an urgent subject, especially in Indonesia, where a rapid industrial growth has been leading to an increase in heavy metal pollution. Many studies have shown that heavy metal exposure is associated with serious health problems. Therefore, quick detection of pollutions and adequate reactions are needed.

Muhammad is not only working on a quick and accurate heavy metal analysis, but also on a more environmentally friendly technique using Laser-Induced Breakdown Spectroscopy (LIBS). To assist the aqueous heavy metal analysis using LIBS, he uses liquid-solid conversion method with polymeric adsorbents. He chose a polymer that can be prepared from renewable materials (castor oil, chitosan, cellulose, etc.). In comparison to other analytical techniques, LIBS is easier to use and produces less impact on the environment.

From 2017 to 2018, he did research on castor oil-based polyurethane foam adsorbents to answer the mercury pollution problem in Aceh, Indonesia. Mercury pollution came from illegal gold mining activities, and many mercury-exposure cases had been reported in that area. The study suggested an effective mercury removal using the renewable castor oil-based foam adsorbent, and showed a good potential for its actual application.

In 2019, Muhammad and his professor received a grant from WWF Netherlands to carry out a project aiming at tackling mercury pollution in Aceh, Indonesia. In this region mercury has polluted most of the water sources widely used by the community for sanitation, drinking, food preparation, etc.

Muhammad is using citizen science as a means to reshape the community’s attitude against the mercury usage. He is lobbying policymakers to restrict the use of mercury and to implement the right technology to mitigate the problem. The activities include the detection and mapping of mercury contamination in the area, demography studies, providing educational materials, and focus group discussions.

The jury honoured Muhammad’s high-tech-based research and development approach with high application potential and his successful use of citizen science.

Take a look at this video that briefly introduces Muhammad and his research: