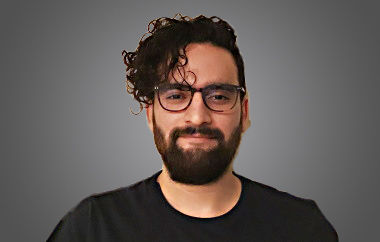 Stefano is working on advancing artificial photosynthesis. Using this process would help to simultaneously reduce the amount of carbon dioxide in the atmosphere and to create value-added products from CO2. Stefano aims to build a carbon economy from CO2 based on acetate as an upgradeable and modular primary intermediate.

Carbon dioxide contributes to global warming. In order to prevent further environmental deterioration and to secure a lasting energy source, a strategy must be found to simultaneously increase the use of renewable energy and close the carbon cycle. Stefano’s research aims to utilise solar energy to drive the fixation of CO2 and N2 to chemicals and fuels, a process called artificial photosynthesis. Artificial photosynthesis tries to imitate capturing and storing of solar energy in chemical bonds through photosynthesis in nature.

Stefano has explored how to interface light-active silicon nanowires with electrophilic bacteria that convert CO2 into acetate. Large surface-area silicon nanowires were used as a cathode within an electrochemical cell. Electrons can be directly transmitted to the bacteria embedded withing the nanowire electrode. These bacteria used the electrons to jumpstart their native CO2 fixing metabolism.

Additionally, Stefano found a strategy to increase the bacterial-loading capacity of the silicon nanowire cathode. This enabled him to achieve one of the highest rates of microbial CO2 electrosynthesis. Furthermore, he powered his device with solar energy, thus, completing a 3.6 percent solar-to-chemical efficiency.

Moreover, Stefano has upgraded the acetate produced by using a biohybrid device to a biopolymer by feeding the acetate to a second bacterium. Notably, he has identified a nitrogen-fixing bacterium that can use acetate as a substrate to fix N2 to ammonia. Stefano’s ammonia production process has yielded one of the highest N2-fixing efficiencies of currently published bioelectrochemical platforms.

The jury especially valued Stefano’s contribution to further developing processes for artificial photosynthesis which is highly promising to help closing the carbon cycle and to reduce the amount of CO2 in the atmosphere.

Take a look at this video that briefly introduces Stefano and his research: