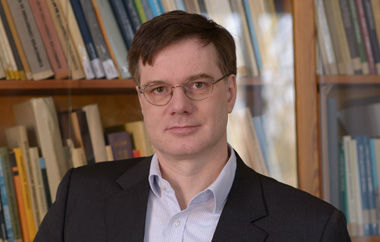 Prof. Wolfgang Lucht graduated from Kiel University with a doctoral degree in Physics in 1993. After several years as Research Associate and Research Assistant Professor at the Department of Geography and Center for Remote Sensing at Boston University, USA, where he worked on the science for NASA’s Earth imaging sensor MODIS, he joined the Potsdam Institute of Climate Impact Research (PIK) in 1999. At PIK, Prof. Lucht has led the institute’s Research Group on Global Biosphere and PIK’s Research Domain “Climate Impacts and Vulnerabilities”. Since 2012, he has been co-leading PIK’s Research Domain on “Earth System Analysis”, which deals with comprehensive Earth system modelling and the coupled dynamics of geosphere, biosphere and anthroposphere under natural and human forcing.

In addition, after having previously been affiliated as an associate professor with Potsdam University, Prof. Lucht holds the Alexander von Humboldt Chair in Sustainability Science at the Department of Geography of Humboldt University Berlin. Both his teaching and research address planet Earth from a systemic, strategic and fundamental perspective, with a particular emphasis on the integrity of the biosphere, human societies as a complex, dynamically interacting component of the Earth system, and pathways to more sustainable development.

Prof. Lucht has been a contributing author to Intergovernmental Panel on Climate Change (IPCC) Assessment Reports and a lead author on its Special Report on Renewable Energies. Clarivate Analytics ranks Prof. Lucht as one of the most cited research scientists worldwide.