In 2013, the Green Talents Award was given for the fifth time under the patronage of the Federal Minister of Education and Research to members of the next generation of leading scientists in the field of sustainable development. more: Award Ceremony 2013. 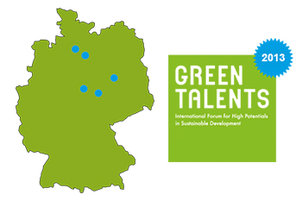 The Green Talents Forum 2013 took place between October 27th and November 10th, 2013. Learn more about the institutions and companies that were visited as well as about further events we attended. more: Science Forum 2013. 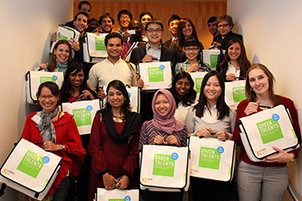