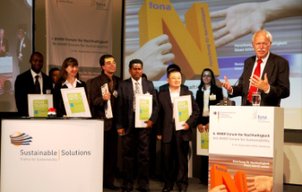 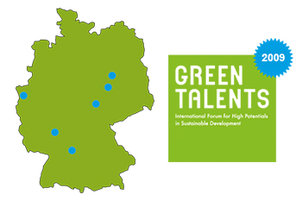 During the Green Talents-Forum 2009 the winners visited German universities, research institutes and companies and got to know exemplary projects from different fields of technology. The forum was held from August 30 to September 10, 2009. more: Science Forum 2009. 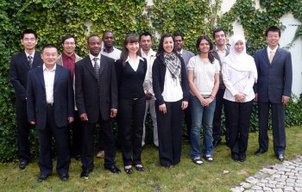 When the Green Talents Competition was held for the first time, it focused mainly on the field of Environmental Technology. Young researchers of up to 35 years of age were invited to apply. The first generation of Green Talents consisted of the following 15 awardees: more: Awardees 2009.