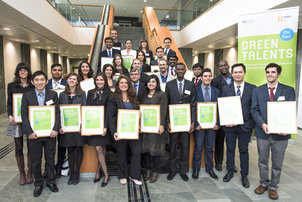 On 30 October 2015, the German Federal Minister of Education and Research Wilfried Kraus, Head of Directorate 72, “Sustainability, Climate, Energy”, honoured the winners of the Green Talents Competition 2015 during a festive ceremony in Berlin. more: Award Ceremony 2015. 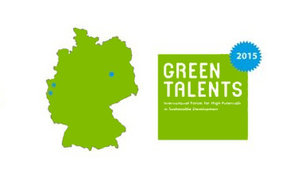 The Green Talents - International Forum for High-Potentials in Sustainable Development 2015 took place from 17 October (day of arrival) to 31 October (day of departure). Depending on the thematic focus of each competition, the destinations are changing every year. In view of 2015 being the "City of the Future" Science Year have a look at where we have been in 2015... more: Science Forum 2015. 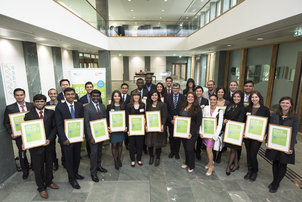 Here you can find the 27 Green Talents awardees from 20 different countries. Learn more about their bios and research here. more: Awardees 2015.