Twenty outstanding up-and-coming young scientists from all over the world were acclaimed as "Green Talents" during a festive ceremony on 15 December 2011. They received their awards by Mr. Thomas Rachel, Parliamentary State Secretary to the German Federal Minister for Education and Research. more: Award Ceremony 2011. 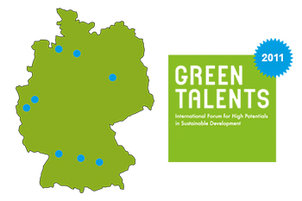 During their tour through Germany which took place from 05 December to 15 December 2011, the "Green Talents" awardees visited high-profile institutes and companies, active in the field of sustainable development. They got to know the German research landscape and met science experts from their respective lines of work. The "Green Talents" had the chance to exchange views with leading German researchers before receiving their awards during a festive ceremony in Berlin.  more: Science Forum 2011. 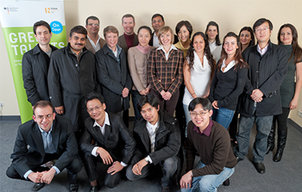 20 young researchers from around the world have won the “Green Talents 2011 – International Forum for High Potentials in Sustainable Development” Competition of the German Federal Ministry of Education and Research (BMBF). Here you can find a short profile of all awardees 2011. more: Awardees 2011.