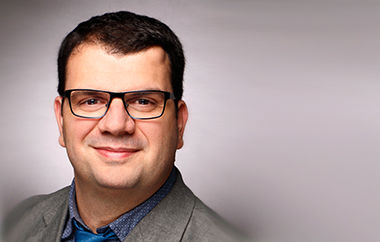 Cristian Guillermo Gebhardt is the leader of the research group "Coupled Dynamical Systems" within the Department of Vibrations in the institute of Structural Analysis at the Leibniz University of Hannover, he serves as a Lecturer at the Faculty of Civil Engineering and Geodesy, and currently he is member of the German Association for Computational Mechanics (GACM) and the international Association of Applied Mathematics and Mechanics (GAMM). He obtained his degree in Mechanical and Aeronautical Engineering in 2005 and became a Doctor in Engineering Science of the National University of Córdoba (Argentina) in 2012. Essentially, Gebhardt has made important contributions in the academic world as a researcher in Germany, Denmark and Argentina.

Gebhardt obtained several awards and scholarships throughout his studies and post his career fostering his proficiency in the field of Engineering and Wind Energy. In essence, early on in his studies Gebhardt achieved several academic distinctions amongst them being the “Best Graduate Award” from the National Academy of Engineering from Argentina in 2006 and the “Best Student Award” from the provincial Government of Córdoba Argentina in 2000. Furthermore, he was doctoral and postdoctoral fellow from CONICET and visiting doctoral fellow at Aalborg and Aarhus Universities in Denmark during 2010. Following in 2011 he was honoured by the German Federal Ministry for Research and Education for his ambitious project to develop a technique to numerically simulate the unsteady and non-linear aeroelastic response of large-scale horizontal-axis wind turbines and became one of the “Green Talents”. As a result, his research work and papers have been published across highly-ranked academic magazines and international journals.

Moreover, Gebhardt hold several speeches at technical conferences in Argentina and Brasil as well as research institutes in Germany, Denmark and Argentina about aerodynamics, multibody systems, and mechanics. Additionally, to share his knowledge and support he has also worked as a Doctoral thesis advisor and Master thesis supervisor in several universities in Germany, Denmark and Argentina.

"Multidisciplinary approaches are essential to face current and future challenges on sustainability. Thus, there is a steadily growing necessity of linking bright minds beyond the scientific boundaries. In this connection, the Green Talents program is a wonderful opportunity to create highly interacting networks, which are destined to find feasible and perdurable solutions."