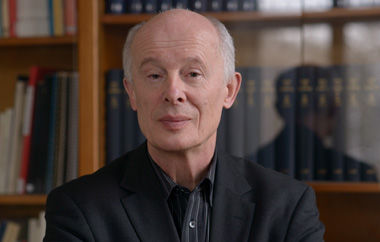 “Discovery and progress in science have always been driven by international discourse and open collaboration. If we want to successfully respond to the tremendous challenge of man-made climate change and its impacts, the spirit and passion of young researchers such as the Green Talents is of vital importance. More than ever, we need just every bright idea we can get!"

He has been chair and still is a member of the German Advisory Council on Global Change (WBGU) and is chair of the High-Level Panel of the European Decarbonisation Pathways Initiative of the European Union Commissioner for Research, Science and Innovation Carlos Moedas. He is an appointed member of the Pontifical Academy of Sciences and elected member of the Leopoldina, the Academia Europaea, the US National Academy of Sciences (NAS), the Max Planck Society and several other academies. He received Honorary Doctorates from the University of Copenhagen and of the Technische Universität Berlin and has authored, co-authored or edited almost 350 articles and more than 60 books.