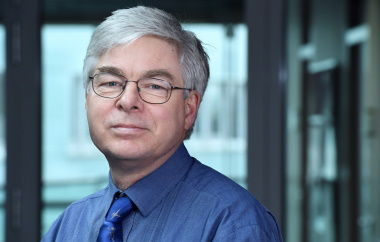 “Supporting young scientists from all over the world, who are committed to sustainable development and bringing them together with outstanding researchers in Germany is pivotal to solve the big questions of our time. This is why I strongly support the Green Talents Competition.”

Prof. Detlef Stammer, physical oceanographer and climate scientist, is Professor, Head of Remote Sensing and Assimilation and Director of the Center for Earth System Research and Sustainability at the University of Hamburg, Germany. He heads the new Cluster of Excellence for Climate Research (CLICCS) at the University of Hamburg and since 2019, he is also head of the World Climate Research Programme (WCRP) which is one of the world's leading initiatives in global climate research.

“It has been scientifically proven that climate change is real and that, first and foremost, human beings are responsible for it; the international community explicitly acknowledged this in the Paris Agreement”, Stammer said as he became chairman of the international WCRP Joint Committee. “The goal now is to see how this knowledge can be translated into recommendations for regional and local action.”

Stammer’s scientific career began in 1979 with Studies of Physical Oceanography, Meteorology, Geophysics and Physics in Kiel. In 1987, he received a Diploma and five years later a PhD in Physical Oceanography at the University of Kiel. In 1993 he took a postdoctoral position at the MIT, where he subsequently became Principal Research Scientist. In 1999 he was appointed to a tenured faculty position at Scripps Institution of Oceanography at the University of California, San Diego. Prof. Stammer remained in America until 2003, when he returned to Germany to take up a Professorship at the Institute for Oceanography at the University of Hamburg. In 2008, Detlef Stammer became a fellow of the Max-Planck-Society, 2014 he was elected Fellow of the American Geophysical Union. His research interests include the role of the ocean in climate variability and sea level change.