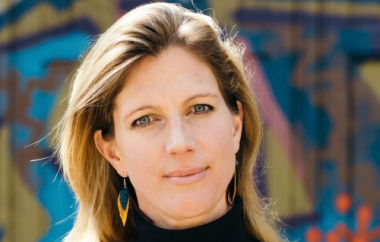 “The term innovation is often linked to a new technology, gadget or pill. But a more exciting approach considers the wider system and what we would like it to achieve: start with this purpose and assess multiple types of changes that could help us get there! Often it is a combination of social, cultural, economic and institutional frameworks that can bend a trend. Too often innovation and safeguarding our planet are viewed as conflicting goals. This is why Green Talents is so important!“

The German Advisory Council on Global Change works on the science-policy-society interface. As Secretary General Maja Göpel divides her time between management, public speaking, pioneer engagement and networking as well as continued research on system transformations for sustainable development. Her personal focus are new prosperity models with an emphasis on the role of paradigm shifts as strategic leverage points, summarized in her book The Great Mindshift  (Springer 2016). In February of 2020, she published her new book Unsere Welt neu denken: Eine Einladung (Ullstein 2020, available only in German).

Maja Göpel is a scientivist that combines theory with practice and formerly headed the Berlin Office of the Wuppertal Institut and spent six years starting up the World Future Council, its Future Policy Award and the “Future Justice” programme with EU and UN campaigns.

She holds a PhD in political economy, a diploma in media/communication and is professor at Leuphana University, member of the Club of Rome, the World Future Council and the Balaton Group and Fellow of the Progressive Zentrum in Berlin. She serves on several Advisory Councils and as the mother of two fantastic daughters.