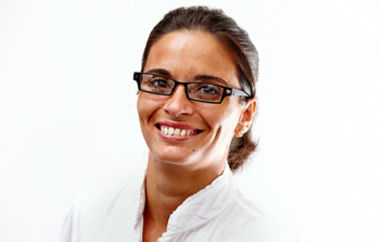 The search for alternative pest management is a top priority for agricultural science in Cuba. By reducing economic losses in crop yields and developing resistance to pests and pollution in the agro-ecosystem, sustainable food can be produced. Heyker recognised the need to develop new healthy products for pest control because of today’s growing demand for food.

Due to the importance of her research, she has been highly recognized by the media and has received awards from several institutions, such as the Academy of Sciences of Cuba, the Ministry of Agriculture Award and the Ministry of Science’s Technology and Environment Award for Young Researchers in Agricultural Sciences in 2014. The Green Talent award in 2015 helped her to expand her academic network and she now collaborates regularly with German organizations.

Heyker considers the production of high crop yields as a healthy source of food that does not damage the environment as one of the main challenges facing every country in the world.

In Heyker Lellani’s native Cuba, the search for new alternatives for pest management is a top priority task for agricultural science. It will lead to the reduction of economic losses in crop yields, the development of resistance to pests and pollution in the agro-ecosystem. The country is engaged in the development of an agricultural model where these substances play a key role in obtaining good yields with high ecological value in sustainable food production. Heyker recognised a continuing need to develop new biologically healthy products for pest control because of the growing demand for food and other environmental reasons.

Heyker has held multiple research positions in the area of plant health in Cuba, as part of the doctoral research she completed in Brazil. Her current research focus is on conservation biological control, the behaviour manipulation of natural enemies such as parasitoids and predators with semi chemical substances at the National Centre for Animal and Plant Health in Cuba. Due to the pressing importance of her studies, Heyker has received several awards and distinctions from institutions, such as the Academy of Sciences of Cuba, the Ministry of Agriculture Award and Ministry of Science, a Technology and Environment Award for Young Researchers of relevant career Agricultural Sciences in 2014.

The jury valued Heyker’s great scientific achievements, her ongoing investigations in conjunction with leading multidisciplinary and multi-institutional research in biological control and plant pest management, her work with limited research resources, and being awarded with an international scholarship. The jury believe that participating in the Green Talents Forum will help her expand her scientific network and present the emerging results to the international scientific community.