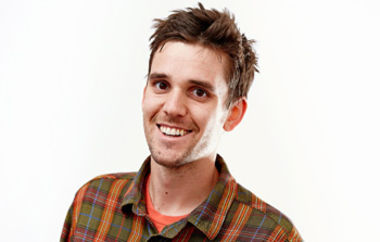 Samuel’s research is situated within the field of Ecohydrology, which focuses on the feedback between vegetation and the water cycle. He believes that local solutions are required to achieve global sustainability goals and that working across disciplines is an essential part of the modern scientist’s toolbox. He also writes about Ecohydrology on the WaterUnderground blog.

PhD in Freshwater and Marine Science

Samuel has worked closely with a far-reaching set of collaborators from institutions including the National University of San Luis, Argentina, the International Water Centre, Australia, and the Helmholtz Centre for Environmental Research, Germany.

PhD Student Samuel Zipper took his first steps into the field of water science during family trips to Washington State parks as a child. This early interest has now been cultivated into Samuel’s focused and valuable research into ecohydrology.

Having grown up around nature in Washington State, Samuel Zipper developed a childhood curiosity in the environment. This led to him taking his Bachelor’s in Geology and Environmental Analysis at Pomona College, where he became increasingly fascinated by how water interacts with the natural and human-modified ecosystems that rely on it. Now pursuing a PhD in Wisconsin, Samuel has become more focused on feedbacks between water and vegetation in agricultural and urban environments. Samuel maintains a strong belief in the value of local-level research to provide answers to some global ecohydrological questions. As such, his dissertation focuses on the patterns found in Southern Wisconsin’s own Yahara River Watershed.

Although his dissertation research takes place close to his Madison, Wisconsin home, Samuel still believes that “a truly international perspective is required to design local or site-specific research within the context of critical global-scale questions in sustainability science”. This belief, that the local needs to interact with the global in order to offer the best solutions, has led Samuel to  seek projects outside his comfort zone. He has helped organise an international team of graduate students from the USA, Germany and Australia whose study in floods and droughts was rewarded with a fellowship from the National Socio-Environmental Synthesis Center (SESYNC). Samuel’s work has connections to Germany’s strong tradition in ecohydrology research and for this reason the Green Talents award appealed to him greatly.

The jury applauded Samuel’s ambitious approach to his research and his unwavering curiosity. Samuel’s hope is to further broaden the impact of his work by being in communication with underrepresented members of the global agricultural community.