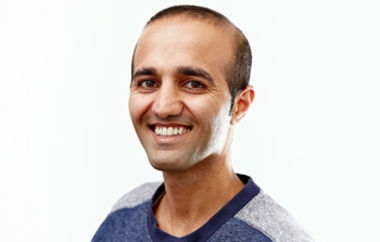 With his academic research Mohammad aims to optimise concentrated solar power (CSP) plants for maximum optical and thermal efficiencies and minimum generated electricity cost. By reducing the price of the production of solar power, he hopes to further promote investment in renewable energy among governments and citizens alike.

Having begun his studies in Iran, Mohammad Moghimi Ardekani is now pursuing his PhD in South Africa. He’s a keen learner and has a strong interest in teaching others as well.

Solar energy plays a key role in the development of renewable clean energy sources. However, at the moment, failings and challenges in design have led to inefficiencies in the solar power plants that produce electricity. Mohammad Moghimi Ardekani’s research addresses these issues. He is concerned with how to make concentrated solar power (CSP) efficient and effective enough for mainstream use. In order for a CSP system to work, solar energy needs to be transferred into the plant’s working fluid. This part of the process can often result in heat loss, affecting the thermal efficiency of the process. In his PhD studies, Mohammad focuses on optimising this process to simultaneously increase efficiency and reduce production costs. It is Mohammad’s hope that, by reducing the costs incurred in the production of solar power, citizens and governments will become keen to invest in a cheaper source of renewable energy.

Mohammad’s work in Pretoria has been well received by his supervisors. During his PhD, he has already led two journal articles and two conference articles, with others currently in preparation. Acknowledging the extensive work of German researchers in the field of solar energy, Mohammad believes that the Green Talents initiative will be an invaluable way for him to hone his theories and practices. He expects to learn a lot through collaboration with researchers both in the Fraunhofer Institute and Dii, Munich: “I hope the knowledge of experts in those institutes will open my eyes and let me see what hidden aspects of economic optimisation have to be considered for a solar project in order to harvest cheaper solar energy from CSP plants.”

The jury praised Mohammad’s disciplined commitment to his field and his diligent study of the intricacies of this complex topic.