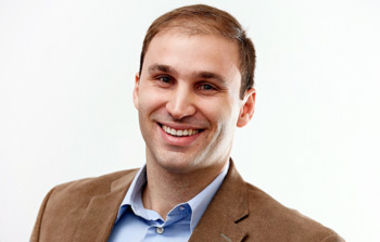 Paulo’s investigations have led to a better understanding of the mechanisms of hydrological and soil erosion processes approaching aspects of the relationship among hydrology, human activities, and the environment.

PhD in Hydraulics and Sanitary Engineering

Current position: Professor of Hydrology and Water Resources at the Federal University of Mato Grosso do Sul, Brazil

Paulo has worked with the development and improvement of models and data analysis by using hydrometeorological data, which includes a range of spatial scales (plots, hillslope, watershed and continental) and sources, such as experimental field, laboratory, and remote sensing. Water security aspects have been studied through the conjunctive analysis of changes in land use, climate, and hydrological processes for ensuring the soil and water conservation, water-food-energy-ecosystems services nexus, and a more efficient agriculture production, in addition to a sustainable development of the country.

With the water availability crisis plaguing many countries, water balance and soil erosion are areas that scientists such as Paulo Tarso S. Oliveira have deemed crucial to understand if we hope to resolve this issue.

A native to Brazil, Paulo has witnessed the environmental impacts of deforestation first hand, in the world’s largest rainforest. Often driven by positive interests, such as increased food production and economic development, deforestation can, however, also have a negative impact on the water balance dynamics of a region, subsequently degrading the soil and water resources. Paulo’s work seeks to obtain new information about water balance and soil erosion and, from this information, draw conclusions as to the impact of Land Use and Land Cover Change (LULCC) on environments. He hopes that his work will provide governments with the impetus to offer subsidies to sustainable development.

Paulo’s research focuses on the Brazilian savannah, Cerrado, one of the most threatened biomes in Brazil. It is one of the richest ecoregions in the world in terms of biodiversity, and it plays a fundamental role in water resources dynamics because it distributes freshwater to the largest basins in Brazil. However, nearly 50% of native Cerrado vegetation has been converted into farmland. This intense Land Use and Land Cover Change has the potential to affect the ecosystems services and several important economic sectors of Brazil, such as agriculture, energy production and water supply. Due to the crucial nature of his work for Brazil’s ecosystems, he has received several grants from Brazilian institutions, including the São Paulo Research Foundation (FAPESP) and Brazil’s National Council for Scientific and Technological Development (CNPq). Part of his study was developed at the USDA-ARS Southwest Watershed Research Center, in Tucson, AZ, between 2013 and 2014. Having completed his PhD last year, Paulo has begun to focus on hydrology, water resources and soil findings in order to offer methods to rectify such environmental degradation both in Brazil and abroad.

Keen to learn from the scientists at German institutions, the Green Talent Forum offers Paulo the opportunity to meet leaders in his field. He considers The Berlin Centre of Competence for Water (KWB) particularly valuable for furthering his studies in water research.

The jury lauded Paulo’s commitment to a topic that will directly aid his fellow Brazilians and should go a long way to influence sustainable policy making around the world.