“The research stay not only met the expectations but surpassed them by far. I have learnt new techniques, improved my professional skills, developed an interesting research work and the most important I have felt integrated and supported by the research group of Prof. Baltruschat. Furthermore, I have learnt about the different topics of research developed in the group about batteries and fuel cells which are different of my electrochemical water treatment technologies field of research, that has been highly enriching.”
Sergi Garcia-Segura, Green Talent 2015 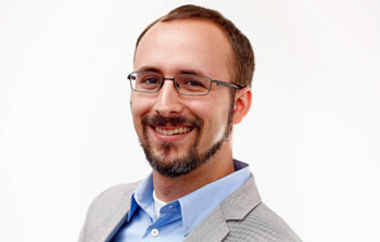 During his PhD, Sergi constructed a flow plant equipped with solar panels for water treatment and carried out an engineering study of electro-chemical filter cells.

Sergi Garcia-Segura has provided invaluable research to the improvement of water quality. His work offers impetus for society to develop into an eco-friendly one worldwide, generating sustainable development founded on a Green economy.

During his research career, Sergi Garcia-Segura developed novel environmental-friendly technologies to remove persistent organic pollutants (POPs) from aquatic environments. Common organic pollutants are pharmaceuticals, organic dyes, pesticides, and petrochemical products. Because of their low concentrations in the environment, these POPs had previously been considered innocuous. However, during the last decades, their noxious effects even at low concentrations have been corroborated. This demonstrates that merely diluting these substances is not an adequate solution for water pollution. The conventional physical-chemical and biological water treatments are not efficient for the removal of POPs, hence new alternative treatments were required. In this context, Sergi has been working on the development of Electrochemical Advanced Oxidation Processes (EAOPs) to treat waste water that contains POPs.

During his PhD, he published more than thirty articles in peer-reviewed international journals. In the laboratories of Universitat de Barcelona, Sergi constructed a flow plant equipped with solar panels for water treatment and carried out an engineering study into electrochemical filter cells. These studies are a great achievement for his environmental electrochemical research.

The jury was impressed with Sergi’s outstanding academic record and the variety of publications and reviews to which he has contributed. In his participation within the Green Talents Forum, Sergi can build bridges and new international links for future collaborations.