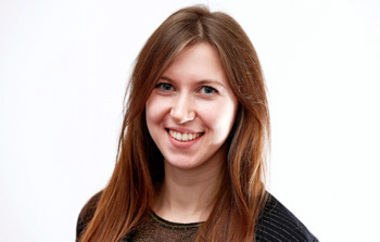 As a biologist, Kseniia wants to shed light on the question of how animals react to human-induced changes to global ecosystems such as climate change or processes of urbanisation. In her case study, she focuses on the migratory behaviour of bats in Eastern Europe, especially around the Black Sea region. She has received grants from Bat Conservation International and Eurobats for her research.

Like migratory birds, many bats fly thousands of kilometres to escape to warmer climes during the winter. But how are they being affected by global warming? These are the kind of questions that Kseniia is exploring. For years she has been studying the common noctule, one of the most widespread species of bats in Europe. What she is mostly interested in is climate change. In many cases its consequences can be seen only indirectly–from changes in the animal world, for instance. This makes bats extremely interesting “bioindicators” for environmental researchers. Kseniia’s research focus is on population dynamics, urbanisation and migratory patterns of bats.

Research focus: understanding how animals respond to changes induced by humans, most notably global climate change and processes of urbanisation

Biologist Kseniia Kravchenko is concerned with the effects humans have on global ecosystems. She studies how humans impact the migratory behaviour and populations of bats in Eastern Europe, especially around the Black Sea region.

Kseniia’s academic background in Biology and Biodiversity has placed her in the perfect position to study her unique research project on the human-induced changes to migrating bats. In the light of the Ukraine’s increased interest in renewable energy investments, Kseniia’s work looks into the potential ecological and environmental damage of these new investments. Kseniia describes her ultimate professional goal as the “prevention and minimisation of negative investment impact on environment and biodiversity in my country”.

Her current work as a research associate at the Bat Rehabilitation Center in Kharkiv has proved a valuable starting point for her goal. In her research, Kseniia has worked closely with German institutions such as the Museum für Naturkunde in Berlin and the Leibniz Institute for Zoo and Wildlife Research (IZW). She was a visiting student at the IZW when she and her team established that bat populations in Eastern Europe become more sedentary due to urbanisation. Kseniia’s supervisor at IZW, Dr Christian Voigt, praises her scientific interest, detailed knowledge and energetic character. This research into bat migration offers an understanding of some of the most important conservation problems Europe is facing. The research has gained a lot of attention, with Kseniia receiving grants from Bat Conservation International and Eurobats.

The jury praised Kseniia’s ardent interest in supporting wildlife conservation and focus on a unique research project that will be extremely valuable to understanding the impact of wind energy production on species native to Europe. Kseniia hopes that her research in Germany will permit her to advise on the implementation of Germany’s strong principles of sustainable development in the Ukraine.